In the middle of the Pacific Ocean is the small Norfolk Island. It belongs to Australia and is relatively midway between Australia and New Zealand. The sparsely populated island is rough, pristine and is so isolated that perhaps because of this it is quite attractive for an unforgettable vacation.

January and February are the warmest months, the temperature is 25 ° C during the day and 19 ° C at night. That makes the stay there very pleasant and not too hot. In the cooler months of July and August, the maximum values ​​are 18 ° C and the minimum values ​​are 13 ° C. Winter in the southern hemisphere lasts from June to August. During this time of year, the prevailing westerly winds can repeatedly bring phases of bad weather with wind and rain. There are even times when cold air masses hit Norfolk Island and at night bring cold Antarctic air with only 10 ° C.

The best time to travel to Norfolk Island is from October to March , when it rains less, the sun shines more often and the temperatures are pleasantly warm. In the warmest months of January, February and March, the sea is so warm that you can swim in it. It happens from time to time that in the period from November to April and especially from January to March the foothills of tropical cyclones hit the island. This is also the reason why the ideal month to travel to Norfolk Island is October. The daytime temperatures are pleasant and spring-like at 20 ° C, although you should note that it can be rainy and windy.

According to THEDRESSEXPLORER, Norfolk Island is not in the areas where tropical cyclones occur, but it can happen that foothills leave the actual routes and hit the island. This happens between November and April, but more often between January and March. Fortunately, the storms are mostly relatively harmless.

The maximum temperature is around 25 ° C in January and February. At night it cools down to 19 ° C, in winter even down to 13 ° C. Due to the geographical location in the southern hemisphere, winter is from June to August. At this time it is not only coolest, but also very rainy.

The amount of precipitation is generally relatively high. In fact, almost 1,300 mm of rain falls each year. There is no real dry season, although the amount of rainfall in spring and summer (September to March) drops below 100 mm per month, while it fluctuates between 120 and 150 mm in autumn and winter (April to August). Precipitation records are set in all months of the year, which means that you should expect sudden and heavy rain at all times. 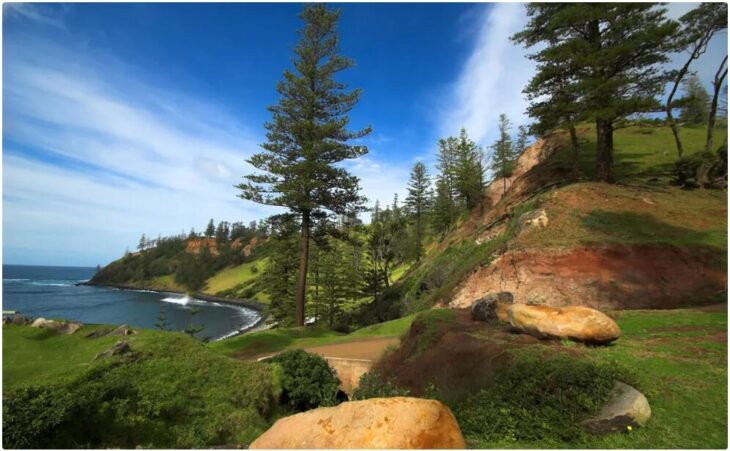