City of gods, school of philosophers, cradle of democracy. More than 7,500 years of history shape the cityscape and the self-perception of the Greek capital. One in three of the 10.7 million Greeks lives in Athens. Despite its historical importance, Athens is a vibrant, young and modern city with many traditional taverns and ouzeries as well as an original café scene and many bars and nightclubs.

Below we present you the most exciting tours, most beautiful attractions and best sights in Athens. 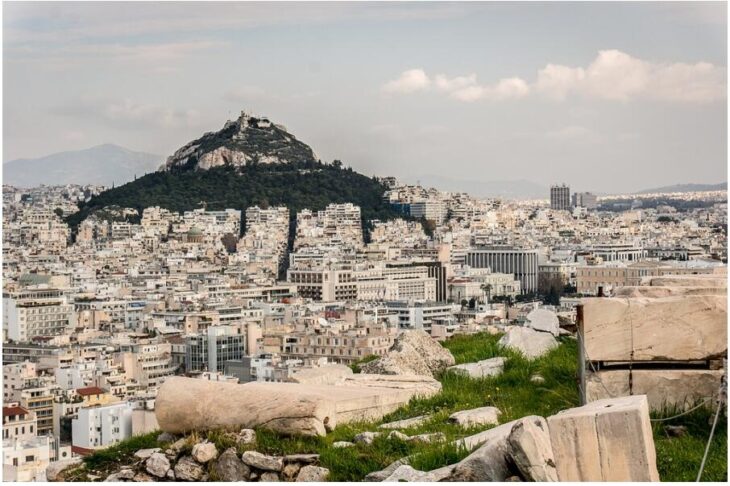 Probably the best known and most important ancient site in the western world, the Acropolis and the Parthenon Temple are symbols of the historical significance of all of Greece. The gleaming marble of the Doric Parthenon temple was transported from Mount Penteli with unimaginable effort, and was made from it in 438 BC. To build the temple for the “Virgin Athena”, whose huge, 12 meter high statue was venerated in it.

The gable and friezes of the temple complex of the Acropolis were once brightly decorated and gilded. 510 BC The oracle of Delphi declared the Acropolis to be the seat of the gods. In 1687 the temple buildings were badly damaged by an explosion when the Venetians attacked the Turks, who had stored their gunpowder on the Acropolis of all places.

At the foot of the southern slope of the Acropolis, the Acropolis Museum was opened in 2007 after decades of planning, the completion of which was repeatedly delayed by new archaeological finds on the museum grounds. 130 million were ultimately invested in the design of the museum. The ruins of an old Athenian quarter, which were discovered during the construction work, are visible through the glass floor. The exhibition rooms show vases, votive offerings, marble statues and bronze figures.

All rooms are glazed from floor to ceiling and give a clear view of the Parthenon in the immediate vicinity. The 160 meter long frieze of the temple is exhibited in a glass atrium on the top floor of the museum. Mounted at eye level, it follows the floor plan of the building. A video installation explains the whereabouts of the so-called Elgin Marbles, the marble parts of the Parthenon that were brought to the British Museum in London by Lord Elgin and are still waiting to be returned to Athens.

The long tradition of the country is embodied in the evzones of the presidential guard in their traditional costume in front of the parliament building, magnificent luxury hotels line the square with its green spaces and walls of water. People keep gathering here for spontaneous rallies, street musicians play and Athenians rush from the subway station towards the Odos Ermou shopping street.

In the immediate vicinity of Syntagma Square, the graffiti “No Signal” has been located on Kriezotou Street since 2011. It was applied by the artist Panos Sklavenitis as part of the project “Visual Art Interventions in Public Urban Space”. Athens is a city with many talented graffiti artists, whose work is publicly promoted and protected by the University of the Arts and the Greek Ministry of Culture.

The 15.5 hectare national garden was formerly Queen Amalie’s botanical garden. Today it is a public oasis in the middle of the big city, ideal to relax or to find a temporary retreat in the shade on the further exploration tour. Many park benches amidst Californian palm trees invite you to linger.

The green area in the immediate vicinity of Syntagma Square is so peaceful and spacious that it is even home to leisurely migrating turtles. The National Garden surrounds the Zappeion, a columned hall built by Ernst Ziller in a classicist style, which is used for many public events. Behind the park is the old Olympic stadium from 1896, where the first modern Olympic Games were held.

Whether Greek Orthodox icons, painted by monks on Mount Athos, printed coffee cups with Greece motifs, wool sweaters made from traditional knitting, old records, handmade bouzoukia, Greek wine or leather sandals – there is always something to discover and buy in Monastiraki.

Located directly at the metro station of the same name, it is a popular attraction in Athens. If you really can’t find anything here that could be used or given away, you can quickly escape the hustle and bustle of the souvenir items on offer and relax from shopping just one subway station away at Thission and the Temple of Hephaestus in the green. 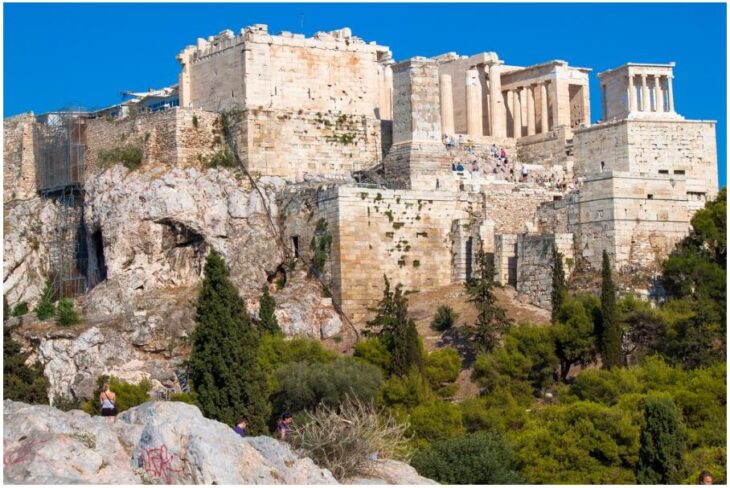 Whether by cable car or on foot from the upscale Kolonaki shopping district up through the forest: the path to the highest point in the city at 277 meters is worthwhile for anyone who wants to see the enormous dimensions of the Greek capital and the Saronic Gulf at a glance. The small chapel high above the city is dedicated to St. Georgios. There is an inscription on the floor of the chapel indicating that the chapel was built by the Athenian Metropolitan Benedict around 1785 on the ruins of an older temple.

It is mostly locals who drive to the large viewing terrace of the “Wolf Hill” by car. From here, after sunset, you can watch the glittering sea of ​​lights of your city, which apparently lies completely silently at your feet. But also for tourists, the importance of Athens as an important attraction is increasing. From Lykavittós it is always possible to capture an impressive panorama of Athens without obstruction.

The “Dromeas”, which means “The Runner” in German, is a 12-meter-high sculpture that consists of individual, sharp and jagged panes of glass stacked on top of each other. It stands in the middle of a busy street and shows the shape of a runner in motion from different perspectives. The Greek artist Costas Varotsos began work on the sculpture in 1988, which he was only able to complete in 1994.

By then, the original place for their construction had been relocated. Actually, the “runner” should be on Omonia Square. As it was feared that the vibrations of the subway could break the work of art, the runner, which is also used to commemorate the famous Battle of Marathon, is now in Megáli toú Genous Scholí, near the Hilton Hotel.

Gazi has an eventful history. For a long time, the district was a working-class district, where people who worked in the nearby gasworks found cheap housing. Cheap stays and brothels have gradually been converted into music clubs since the turn of the millennium. Nowadays Gazi is a magnet for the young and young at heart Athenians and international visitors to Athens.

The inner courtyards of the residential complexes attracted artists who moved into their studios here. Cafes, restaurants, bars and clubs opened and ensured that an active nightlife developed in Gazi. The Technopolis in Gazi has been redesigned into an event site with its eight buildings since the gas station there was closed. The Athens Biennale also takes place here every two years.

On the former site of the Athens racecourse there has been a 210,000 m² area on the Bay of Faliro since 2017, for the construction of which the Greek shipowner Stavros Niarchos provided a total of 630 million euros. The park with over 1,400 trees also includes a large seawater basin and is used for concerts and open-air events. The Greek National Library and the National Opera are housed in the buildings planned by the architect Renzo Piano.

The SNFCC also houses several cafés, including one on the roof of the building, from which the view extends to Piraeus and the sea. The opera hall holds 1,400 visitors, the boxes are made of cherry wood. The public can receive multilingual information on the works on display via integrated screens. It is one of the most important sights and event locations in Athens.

About 70 kilometers from Athens, on the southern tip of Attica, is the marble temple of Cape Sounion, which was dedicated to the sea god Poseidon. The temple from the 5th century BC. Chr. Is located on a terrace 60 meters above the sea, the cliffs drop steeply into the sea. A tragic misunderstanding caused King Ageus to throw himself off the cliff, mistakenly assuming that his son Theseus had died fighting the Minotaur of Crete.

The Temple of Sounion is a popular destination for observing the contours of the nearby Aegean islands before the spectacular play of colors at sunset. The entire area is part of a Greek national park. The national road 91, which connects Athens with Sounion, passes many large-scale beach bars and exclusive restaurants, which are ideal in the evenings on the way back to have dinner or a drink with a view of the sea. 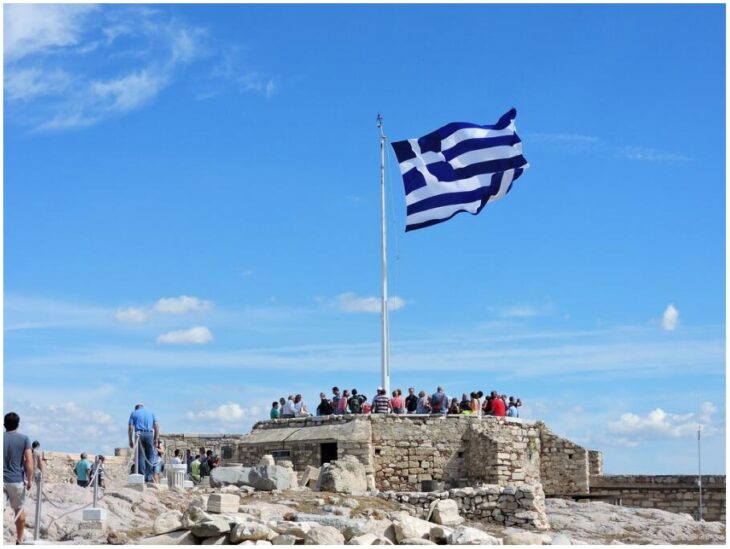