The second largest city in Israel with currently almost 444,000 inhabitants in eight districts on an area of ​​70 km² was only founded in 1909 for settlers. To this day, the former suburb of the much older port city of Jaffa has developed into the social, cultural and economic center of the country. In the densely populated surrounding “Gusch Dan” area, a total of almost four million people currently live in over 250 cities and communities.

Tel Aviv literally means spring hill in Hebrew. The poetic name can also be interpreted as “old new” and an homage to Theodor Herzl’s utopian novel Altneuland. Unlike the capital Jerusalem, which is already mentioned in the Bible and 70 kilometers to the south-east, Tel Aviv is internationally known for its diverse art scene and vibrant nightlife.

Below we present you the most exciting tours, most beautiful attractions and best sights in Tel Aviv: 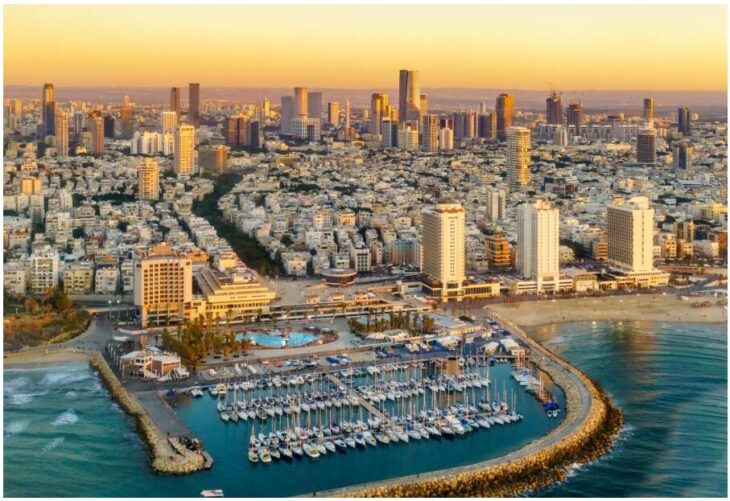 The more than 4,000 white buildings on an area of ​​140 hectares in the city center around Zina Dizengoff Square were mainly planned and realized by Jewish architects who had fled from Germany in the 1930s. The houses in the Bauhaus style are based on its principles of functionality and inexpensive materials.

In adaptation to the hot climatic conditions on site, white was chosen as the basic color for the facades. The rather small windows also serve to protect against the sun. Most of the residential buildings have narrow and shady balconies and roof terraces. One of the sights of the White City, which was declared a UNESCO World Heritage Site in 2003, is the Bauhaus Museum on Bialik Street.

The museum, which opened in 1953 in the north-western district of Ramat Aviv near the archaeological excavation site Tell Qasile, now covers an area of ​​over eight hectares and 15 themed buildings. Eight permanent exhibitions can be seen in the house. These include, for example, The Land of the Baron pavilion on the life and works of Baron Edmond Benjamin James de Rothschild.

Also the area of ​​ethnography and folklore with handicrafts from the years 1880 to 1967 and the Glass Pavilion with valuable historical glass objects. Also worth seeing are the partly prehistoric copper objects in the Nechushtan Pavilion, the old coins in the Kadman Numismatic and the rare postage stamps in the Alexander Museum of Postal History & Philately.

The former home of the first Israeli Prime Minister on Ben-Gurion Boulevard, built between 1930 and 1931 in northern Tel Aviv, houses the latter’s 20,000-volume library and has been used as a museum as well as an education and research center since 1974. Originally only a one-story building, a second floor was added in 1946.

The house, which the family lived in permanently until 1953, was largely left in its original state. In addition to the private rooms, there is also a shelter in which the residents sought refuge during the Suez Crisis and the Six Day War. The special telephone on display here, which Ben Gurion used as a direct link to the Israeli Ministry of Defense, is particularly impressive.

The research center and library, named after Prime Minister Yitzchak Rabin, who was assassinated at the beginning of November 1995, with a view of the Jarkon Afek National Park, was opened in November 2005. Since January 2010, the building planned by the architect Mosche Safdie has also housed the Israeli Museum on the history and present of the state. The life of Rabin and the development of Israel are explained to the visitors in 200 short documentary films.

The permanent exhibition is divided into nine chronological areas. Guided tours, seminars and conferences are often held in the center. On the day of death, the building on Haim Levanon Street is the venue for solemn ceremonies every year. In the immediate vicinity is the Nahum Goldmann Diaspora Museum (Beit Hatefutsot) on the premises of the University of Tel Aviv.

The museum, which opened at the beginning of April 1932, has been on Shaul-Hamelekh-Strasse since 1971 and was expanded to include the Herta and Paul Amir building in November 2011. The extensive collection consists mainly of classical and contemporary works, primarily by Israeli artists. In addition, you can see pictures by Pablo Picasso, Joan Miró, Roy Lichtenstein and Gustav Klimt.

Vincent van Gogh, Marc Chagall and Max Ernst as well as Jackson Pollock, Anselm Kiefer and Jan Brueghel the Younger are also represented. Since 1999 the “Lola Beer Ebner Sculpture Garden” with works by Menashe Kadishman, Henry Moore and Jacques Lipchitz has been located on the site of the museum. 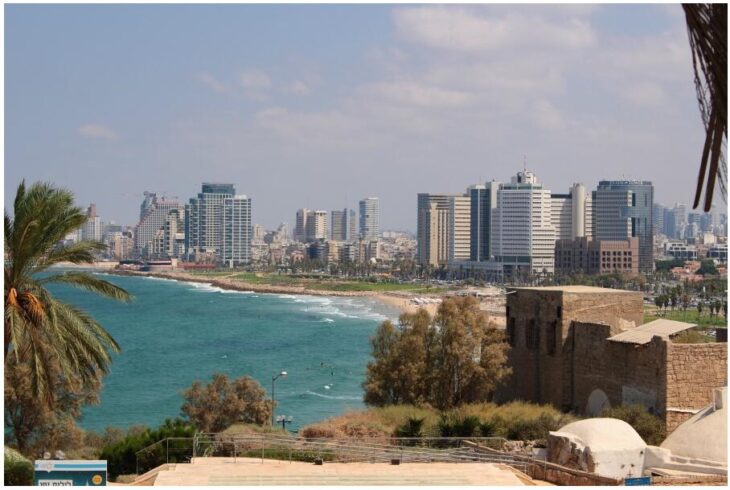 The venue of the Israeli National Theater in Habima Square has been one of the most visited sights in Tel Aviv since 1945. Originally founded in Moscow in 1918, the ensemble made acclaimed guest appearances across Europe until it settled in Tel Aviv in 1931.

Today the theater employs around 80 actors. From 2008 to 2012 the building was extensively renovated, creating 500 m² of additional space and three new rehearsal rooms. At Habima Square, the promenade and shopping streets Dizengoff Street and Rothschild Boulevard, which are lively almost around the clock and where numerous lively shops, cafés, bars and restaurants are located, cross.

The market along Carmel Street between Allenby Street and Magen David Square, which is open daily except Saturdays (“Sabbath”), mainly sells food, flowers and spices, but also clothes and art. The audience is particularly big on Tuesdays and Fridays, when handicrafts and jewelry from local producers are on offer here.

In the meantime, the market has also expanded into several neighboring side streets. In Nahalat Binyamin Street in particular, visitors will find a lot of unusual, beautiful and high-quality souvenirs. Other tourist attractions in Tel Aviv include Bezalel Market on Beitlehem Street and the flea markets on Dizengoff Square, Jerusalem Avenue and Yefet Street.

The quarter in the center of the city, built by emigrants from Germany, Denmark and Switzerland from 1871, was a preferred place of residence for the non-Jewish German exile community in Tel Aviv until the beginning of the Second World War. After the majority of its members left the country after 1945, the district was a restricted military area from 1948 to 2013 under the new name “Als haQiryah”.

Since then, the area with the numerous renovated historical buildings has been open to the public again. Nowadays, visitors will find many shops and restaurants, especially in the listed former Templar buildings. The well-tended green spaces in the area are valued by the population as a local recreation area.

The 350,000 m² park, opened in 1973, is crossed by the Yarkon River and has around six million visitors a year. The facility has extensive lawns, various sports facilities, several bodies of water, a water park and two open-air stages. Especially in hot summers, the park offers many pleasantly shady spots under numerous trees.

The botanical rock garden with over 3,500 types of plants and especially cacti is well worth seeing. Right next door is a tropical garden with palm trees, orchids and vines and a large fish pond. International musicians and bands often perform on the stages. Michael Jackson, Paul McCartney and Madonna as well as Metallica and Depeche Mode have already performed here.

There are over 80,000 graves in the 32,000 m² cemetery in northern Tel Aviv, which was opened in 1943. Numerous Israeli politicians as well as the victims of the Munich massacre of 1972 Andre Spitzer, Mark Slavin, Eliezer Halfin, Kehat Shorr and Amitzur Shapira have their final resting place here.

On the large site there are also memorials for the Holocaust and graves of inmates of the concentration camps in Brest, Minsk, Krakow, Auschwitz and Radom. The 58 fatalities on El-Al flight 402 in July 1955, who were killed in an accidental attack by Bulgarian fighter-bombers, are also remembered. 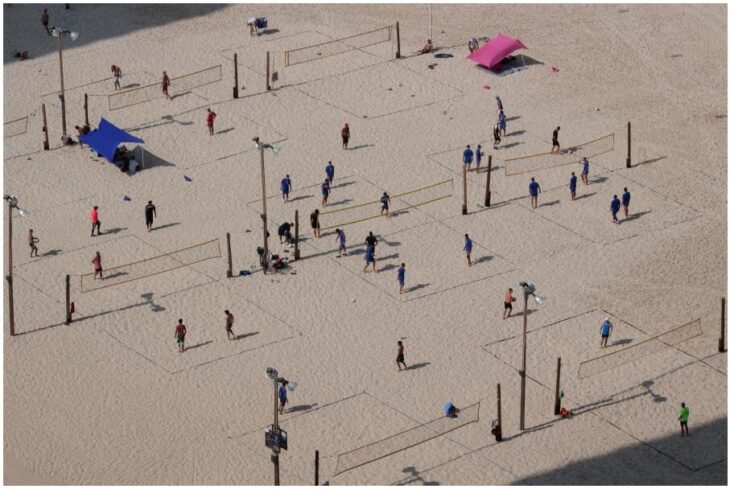